What is a Best-in-Class Carrier Agreement?

The easiest way to define a best-in-class carrier agreement is that it's specific to your characteristics. It's not the same pricing that your neighbor has, even if your neighbor is shipping out the same exact product. It's customized, top-tier pricing based on your business characteristics and every package that goes out your door.

Most shippers, on their own, have a very difficult time getting this level of pricing.

Based on the agreements and customers we review on a regular basis, very few get to that point. Most customers do not have what we would consider best-in-class agreements for their characteristics.

There are a few obstacles shippers face in carrier pricing.

One that sticks out is that customers don't necessarily understand the myriad surcharges that impact the final cost of any package movement. Within the data for every package move, there are valid and sometimes invalid charges that they aren’t aware of.

If you are making sure you understand those as well, so you can bring all those up during the negotiation to secure your best-in-class agreement.

Awareness of invalid charges, hidden fees and other ‘buried costs’ like rate increases is crucial.

On top of inconsistent pricing, there are lots of negotiable elements in a carrier agreement?

In fact, if you consider all of the surcharges along with all the service levels, there are 30 to 40 different areas that you can negotiate in an actual agreement. This includes terms and language within the agreement, minimum charges and more.

The first and most common misconception that shippers have in securing a best-in-class carrier agreement is whether or not the shippers can — or should — do the negotiating themselves.

The answer, of course, is yes. But there are drawbacks to going it alone.

Benefits of Working With a Professional

Let’s say, for example, that you own a house and decide to sell it. Would you sell the house on your own, or hire a professional realtor to help you?

Unless you have a red blazer gathering dust in your closet, you’re going to hire someone that knows the market, knows what you can get, and all the important elements.

In these circumstances, it’s a huge benefit to work with someone whole does this day in and day out. Similarly, if you had to go to court, would you go on your own, or would you want a lawyer next to you who knows the law? The same goes for taxes and CPAs.

Working with a professional is just as important for carrier rate negotiation. You can do it yourself, but why wouldn't you work with someone like Lojistic, who can help you get that best-in-class agreement because we know the market?

We know what the market bears day in and day out, we know the market changes quickly, especially this year. What's going on with carrier pricing in 2020 has really flip-flopped. They made changes at the beginning of March, and they were making changes every week by adding new charges.

In essence, hiring expert help in a complex field will usually yield a more favorable outcome. And the flip side of that is that there's no glory in negotiating a subpar carrier agreement on your own. At the end of the day, if you want a best-in-class carrier pricing, you hire a professional.

“We Already Have Great Rates”

Another common misconception that shippers have is assuming they already have great rates.

And while some do, they aren’t best-in-class. And a lot of people think they have great rates when, in fact, their rates are horrible.

After a review and analysis of your supply chain and the impact of the costs, there are always a few things that can be changed here or many things to change there. Shippers always learn a lot based on what we do and how we do it.

No one wants to believe they've negotiated something that's subpar or that they're paying too much. But great rates come down to what you compare them to. Your rate might be better than the last agreement that you had, but does that really mean you have great rates?

Most customers are inclined to look at their current contracts to compare what the carrier is proposing to that. It might be a little bit better than what you currently have in place, but that might not reflect how much better it can be. And without an unbiased, third-party professional opinion, you're basically on your own.

The carriers might even tell you that this is the best rate they’ve ever seen, and that might be the case, depending on the account manager. But a partner like Lojistic has seen even more than that account manager. And oftentimes, the rates can absolutely be improved.

Another common misconception among shippers is a fear or concern for the carrier relationship status. That one comes up often as well.

At the end of the day, however, you’re hiring the carrier, and they are one of your vendors. They are an important component and really serve as a partner, but they are ultimately a vendor — and you don't want to pay 10, or 20, or 30% more than you have to any vendor.

Further, if you found out that the carrier was charging you 20% more than they should, that's a one-sided relationship anyway. You should be charged fairly based on your characteristics. You don't want to be overcharged, and if you are, that relationship that you think you have is actually being jeopardized by your carrier.

In any of the industries we mentioned earlier, if you think you're being overcharged, you'll say something about it. But the small parcel world, which relies on UPS and FedEx, there's almost this fear of asking them for the pricing that they believe they deserve.

A lot of it has to do with the fact that there are only two carriers. A lot of customers are afraid because of a bad experience with the competitor.

Let's say you’re shipping with UPS because of a bad experience with FedEx. But being that reliant on UPS because you’re afraid to go to FedEx is a bad relationship too.

Shippers become so dependent on their current carrier that they are basically afraid to ask for what they would consider best-in-class pricing.

"My Current Agreement is Still in Place"

Shippers also say that because their current agreement hasn't expired, they don’t need to renegotiate.

But to be honest, that really doesn’t matter.

Every contract is negotiable and renegotiable unless early termination language is in the agreement. And there are ways around that too. It’s especially worthwhile if you're trying to renegotiate the contract based on a certain surcharge or service level that you're trying to change.

The current agreement shouldn’t be a concern for your negotiating partner either. You could have negotiated a contract 30 days ago, and if there's room in it, there are ways to open up the contract and renegotiate.

Here’s an example. We had a customer who signed a contract on a Friday, right before the carriers changed an additional handling rule. The customer didn't know that the handling rule was changing.

In other words, you don't have to wait until your contract expires. You can open up a negotiation with your current carrier whenever you want, at any time, for whatever reason.

That said, however, it’s best to have a specific reason. There are usually reasons to do it, but you can open up the contract at any point in time.

“We Can’t Use a Third Party”

Shippers have said that they can’t use a third-party quite a few times as well, and it’s a bit of a head-scratcher. Why not?

Going back to the analogy of selling your house, the carrier uses this as a scare tactic. The carriers don't want you to be able to get help from somebody who knows the market. They want customers to think there's an issue with bringing in a third party for help.

It doesn’t benefit them if you have someone who knows the business, knows exactly what to look for, and what buttons to push and which levers to pull.

The carriers know that if a company like Lojistic is involved, the customer will get a best-in-class carrier agreement based on their specific characteristics.

So carriers use that line as a scare tactic, but it's completely false.

Our last topic is the “I can't share my shipping data with you” misconception. That's another scare tactic used by the carriers.

Shipping data doesn’t necessarily belong to the carrier. It's your shipping data. Your customer information. It's all yours. So there's really no reason you shouldn't be able to share it.

Technically, a lot of that information is on the label of every package that is shipped out. It's not hidden. There’s a shipper address, a to-and-from on every shipping label, and information that ends up in a shipping invoice. It's definitely not confidential once the package leaves the warehouse. Everyone can see it. 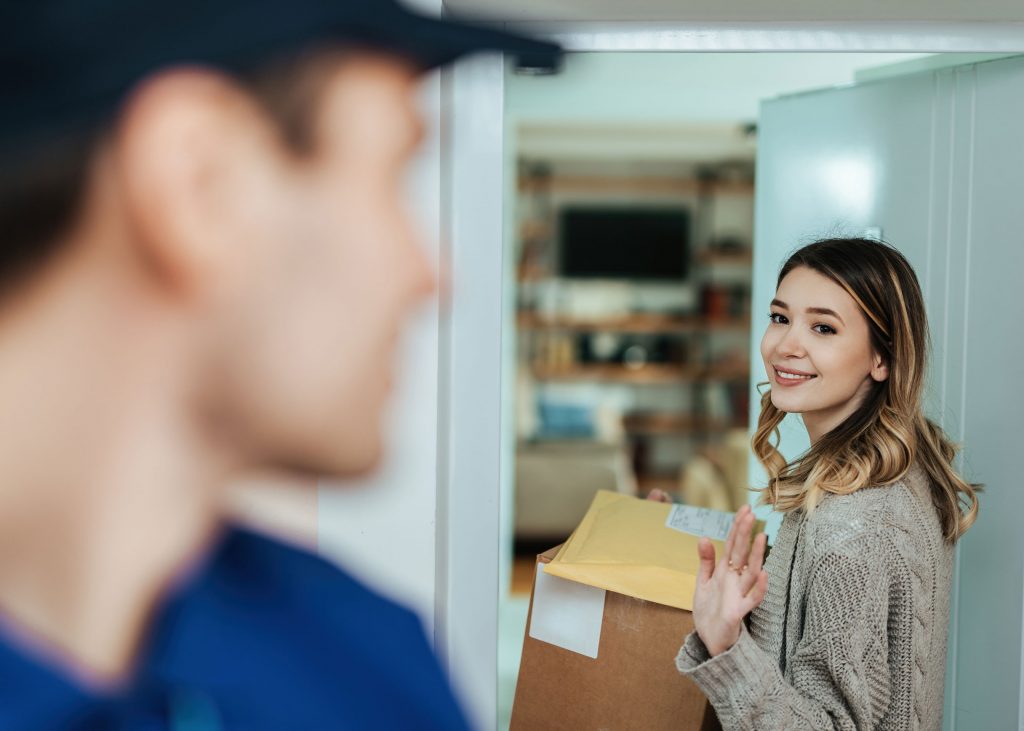 So not sharing data is another scare tactic. It's another way for the carriers to convince their customers that somebody like Lojistic cannot be involved in helping that shipper reduce their costs.

The antidote to poor carrier pricing is not letting the misconceptions get in the way of your negotiation.

And if you need help, there's no reason not to ask someone for help.

For more information on how you can join the thousands of businesses currently using Lojistic to help monitor, manage and reduce their shipping costs, please click here to contact us.